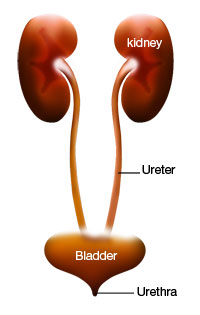 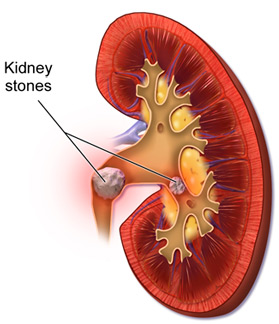 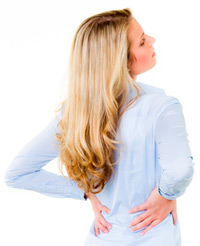 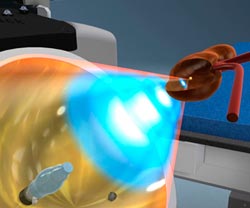 2013: ESWL to distal ureteric stones: the transgluteal approach significantly increases stone-free rates
S. Phipps et al., UK BJU International
"In conclusion, transgluteal ESWL to stones within the distal ureter with the patient in the supine position leads to a significantly higher SFR than for those treated in the prone position. The majority of patients are rendered stone-free after one session of treatment and the overall success rates are similar to those of ureteroscopic management. This technique is now in routine use in our institution."

2010: SWL is more cost-effective than ureteroscopy and Holmium:YAG laser lithotripsy for ureteric stones: A comparative analysis for a tertiary referral centre?
A.N. Argyropoulos, et al.
"Records of 228 patients with previously untreated solitary radiopaque ureteric stones ?15mm were reviewed. The total cost for SWL (cSWL) was £1491/patient, while the total cost for URSL (cURSL) was £2195/patient. The difference was highest in the upper ureter (over £1000), and lowest in the distal part (URSL about 40% more expensive). For lower ureteric stones >10mm, SWL was over £500 more expensive than URSL."

2009: Failure after shockwave lithotripsy: is outcome machine dependent??
Athanasios N. Argyropoulos et al. The international journal of clinical practice
"These data presents an argument against the term 'ESWL-resistant stones'. A second lithotriptor was highly successful in a group of stones where another machine failed. A very high success rate was achieved, leaving only a small number of patients requiring other more invasive procedures. Lithotripters with different characteristics can have a huge difference in the results of ESWL. Future research in ESWL should focus on stone characteristics and development of machines with the ability to adapt to specific stone features."

2007: Outcomes using a fourth-generation lithotripter: a new benchmark for comparison??
Michael S. Nomikos, et al. BJU International
"When similar populations of stone formers were assessed the Sonolith Vision achieved a high success rate, comparable with that using the HM-3 machine but with lower analgesia requirements and very low re-treatment rates. This method of comparison belies the commonly held view that newer lithotripters are less effective than the original spark-gap machines."

2006: Comparison of a New-Generation Electroconductive Spark Lithotripter and the Dornier Compact Delta for Ureteral Calculi in a Quaternary Referral Center?
Richard J. Pemberton et al Journal of Endourology
"This latest-generation electroconductive lithotripter in its first 6 months of use has shown stone-free and re-treatment rates superior to those of the Dornier Compact Delta and approaching that of the Dornier HM-3. Lithotripsy remains our first-line treatment for all radiopaque ureteral calculi."

1994: Design and characterization of a shock wave generator using canalized electrical discharge: application to lithotripsy
M. Bourlion et al. Review of Scientific Instruments
"In order to improve the existing technique, a new shockwave generator, using an electrolyte within the gap between the two electrodes, has been developed. This technology, named electroconductive, leads to; drastically enhanced fragmentation efficacy, production of very stable and reproducible shock wave pressure at the second focus, with relative standard deviation of less than 5%; a better focalization, giving a smaller focal zone and a higher acoustic energy density."

2013: Outcome from SWL to Ureteric Calculi in Patients with High Skin-to-Stone Distance
S. Ramsey et al. - AUA, San Diego
"The use of a contemporary lithotriptor in an experienced centre can produce excellent stone free rates following treatment of ureteric calculi in patients with SSDs of 13cm or greater. The use of machines with greater focal depths will allow more patients to undergo SWL for urinary calculi despite increasing obesity."

2013: New ultrasound stone locking system in ESWL : Decreased duration of fluoroscopy and radiation doses
N. Abid et al. - AUA, San Diego
"These preliminary results obtained after the first 3 months of Visio Track® system use clearly shows the interest of this technique for the daily use of ESWL. The decrease in fluoroscopy time was 67.3% and correlates with the 61.7% decrease in irradiation doses. This leads to a safer treatment for both patients and medical staff."

2010: Prospective evaluation of pain during the treatment of urinary lithiasis with extracorporeal shock-wave lithotripsy: study on 293 patients
Long J.A. et al. - AFU, Paris
"The repetition of visual analog pain scale during ESWL procedure showed a constant increase of pain with procedure duration and the increase of shock-wave power (increase of visual analog pain scale beyond 50% of maximum power). Pain evaluation during ESWL with a 4th generation lithotripter shows the procedure can be performed in satisfactory comfort conditions."

2010: Emergency shockwave lithotripsy for ureteric calculi is superior to elective shockwave lithotripsy following stent placement: results from a matched-pair analysis
Simon Phipps et al. - AUA, San Francisco
"Our study shows a difference in SFR of 28% in favour of emergency treatment, which is statistically significant. We suggest that clearance is superior in these patients as treatment takes place before the development of ureteric oedema around the calculus; we have already shown that ureteric stents compromise the efficacy of SWL and the passage of fragments. We recommend emergency SWL as primary treatment for uncomplicated solitary ureteric calculi."

2009: SWL or ureteroscopic laser lithotripsy (URSL) for ureteric stones? A cost-comparison analysis
Argyropoulos AN et al. - USANZ, Australia
"In this study, SWL was more cost-effective than ureteroscopy thoughout the ureter, despite the assumption that URSL had a better SFR. Although cost should never be the over-riding factor; it should be taken into account during assessment of individual data in order ensure that cost effective decisions are made in treatment selection."

2008: The initial experience of 4-month long use of the Sonolith i-sys electroconductive shockwave lithotriptor in an outpatient setting
P. Humaski et al. - 11th International Symposium on Urolithiasis, Nice, France
"Sonolith i-sys is a sufficient, easy to operate and reliable machine enabling to treat renal and ureteral calculi in a completely outpatient manner, without any sedation or anelgesia, with complete safety ond moderate pain complains from the patients. The immediate stone fragmentation at the time of the procedure was observed in 52% of cases. Our conclusions, as based on a short period of time, have an initial character and obviously need a prolonged further analysis and observation for final and accurate assessment."

2007: SWL for ureteric stones by Technomed Sonolith Vision lithotripor : results and failure factors
Argyropoulos A. et al. - 5th EULIS Symposium, Lisbon, Portugal
"The EDAP TMS Vision lithotripter offered a very effective treatment for patients with upper and middle ureteric stones and should be considered as the initial approach; at least two sessions should be attempted. In distal stones over 10 mm ureteroscopy might offer better chances for the patient to become stone-free. Stenting prior to SWL resulted in significantly lower SFR and should be avoided, if possible."

2007: Outcomes using the Sonolith Vision Technomed Lithotripter at a tertiary care centre. A new benchmark for comparison?
Michael Nomikos et al. - 5th EULIS Symposium, Lisbon, Portugal
"The Sonolith Vision lithotripter matches the historical results obtained wit HM3 but with the significant advantage for the patient to be treated as an outpatient under minimal analgesia. Results of treatment with this machine should be therefore considered as the contemporary benchmark for the comparative assessment of new generation lithotripters."

2005: Role and indication for extracorporeal lithotripsy in pediatric patients
P. Caione et al. - SIUP (Italian Society of Pediatric Urology), Italy
"ESWL plays an excellent role in the treatment of kidney-stones in children, better than in adults. Therefore the indications for ESWL in adults are also valid in pediatric patients."

2003: The first US experience in lithotripsy with the Sonolith Praktis (*)
D.T. Peterson et al. - (*) Poster presented at the TMS booth during the AUA Congress, Chicago, USA
"This new electroconductive lithotripter reduces the variability of electrohydraulic shockwaves at the second focus, F2, improving the amount of energy transfer to the stone. The clinical results are very encouraging and compare most favorably with the reported literature. The Praktis lithotripter is user friendly and efficient. Our patients experienced minimal morbidity and no significant bleeding."